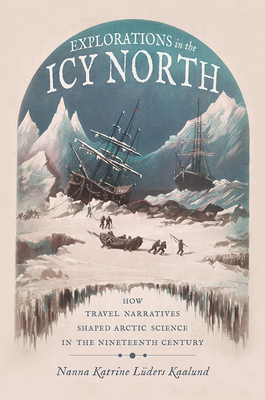 Science in the Arctic changed dramatically over the course of the nineteenth century, when early, scattered attempts in the region to gather knowledge about all aspects of the natural world transitioned to a more unified Arctic science under the First International Polar Year in 1882. The IPY brought together researchers from multiple countries with the aim of undertaking systematic and coordinated experiments and observations in the Arctic and Antarctic. Harsh conditions, intense isolation, and acute danger inevitably impacted the making and communicating of scientific knowledge. At the same time, changes in ideas about what it meant to be an authoritative observer of natural phenomena were linked to tensions in imperial ambitions, national identities, and international collaborations of the IPY. Through a focused study of travel narratives in the British, Danish, Canadian, and American contexts, Nanna Katrine Lüders Kaalund uncovers not only the transnational nature of Arctic exploration, but also how the publication and reception of literature about it shaped an extreme environment, its explorers, and their scientific practices. She reveals how, far beyond the metropole—in the vast area we understand today as the North American and Greenlandic Arctic—explorations and the narratives that followed ultimately influenced the production of field science in the nineteenth century.

Nanna Katrine Lüders Kaalund is a postdoctoral research associate at Aarhus University, Denmark, where she holds a Carlsberg Fellowship for the project “Economizing Science and National Identities: The Royal Greenland Trading Department and the Making of Modern Denmark and Greenland”. She previously worked at the University of Cambridge and the University of Leeds. Her research centres on the intersection of Arctic exploration, race, print culture, science, religion, and medicine in the modern period with a focus on the British, North-American, and Danish imperial worlds.