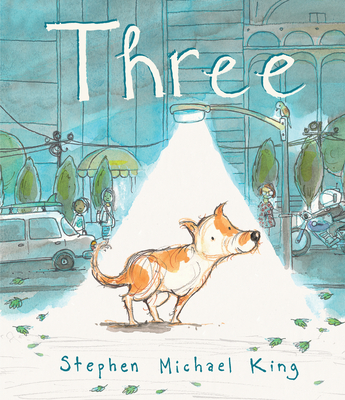 By  Stephen Michael King
Hardcover
$ 18.99
Out of Stock In Store (Available to Order)

A heartwarming story of a three-legged dog who follows his nose all over the city, out to the country, and into the arms of a new friend.

As a three-legged dog on his own in the big city, Three does pretty well for himself. His waggly tail keeps him fed, and he meets so many different legged creatures along the way. He's happy just the way he is, but sometimes he wonders what it'd be like to have a real home. That all changes when he wanders into the country and meets a quirky young girl and her welcoming family.

Stephen Michael King has illustrated more than fifty books including Prudence Wants a Pet and has both written and illustrated several others, including Mutt Dog! and Leaf. He lives with his family on a small island off the coast of New South Wales, Australia.