The Magna Carta of Humanity: Sinai's Revolutionary Faith and the Future of Freedom 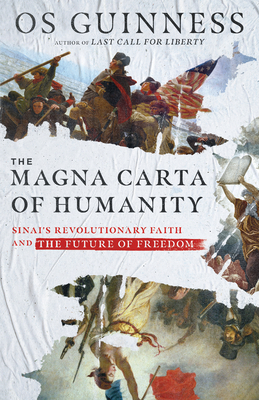 The Magna Carta of Humanity: Sinai's Revolutionary Faith and the Future of Freedom

In these stormy times, loud voices from all fronts call for revolution and change. But what kind of revolution brings true freedom to both society and the human soul? Cultural observer Os Guinness explores the nature of revolutionary faith, contrasting between secular revolutions such as the French Revolution and the faith-led revolution of ancient Israel. He argues that the story of Exodus is the highest, richest, and deepest vision for freedom in human history. It serves as the master story of human freedom and provides the greatest sustained critique of the abuse of power. His contrast between Paris and Sinai offers a framework for discerning between two kinds of revolution and their different views of human nature, equality, and liberty. Drawing on the Hebrew and Christian Scriptures, Guinness develops Exodus as the Magna Carta of humanity, with a constructive vision of a morally responsible society of independent free people who are covenanted to each other and to justice, peace, stability, and the common good of the community. This is the model from the past that charts our path to the future. There are two revolutionary faiths bidding to take the world forward, Guinness writes. There is no choice facing America and the West that is more urgent and consequential than the choice between Sinai and Paris. Will the coming generation return to faith in God and to humility, or continue to trust in the all sufficiency of Enlightenment reason, punditry, and technocracy? Will its politics be led by principles or by power? While Guinness cannot predict our ultimate fate, he warns that we must recognize the crisis of our time and debate the issues openly. As individuals and as a people, we must choose between the revolutions, between faith in God and faith in Reason alone, between freedom and despotism, and between life and death.