The Mouse That Roared: Disney and the End of Innocence 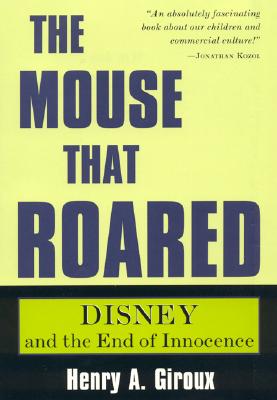 The Mouse That Roared: Disney and the End of Innocence

Today, cultural practices and institutions shape nearly every aspect of our lives. Giroux takes up this issue by looking at the world's most influential corporation. He explores the diverse ways in which the Disney Corporation has become a political force in shaping images of public memory, producing children as consuming subjects, and legitimating ideological positions that constitute a deeply conservative and disturbing view of the roles imparted to children and adults alike. Giroux shows how Disney attempts to hide behind a cloak of innocence and entertainment, while simultaneously exercising its influence as a major force on both global economics and cultural learning. Disney is among several corporations that not only preside over international media, but also outstrip the traditional practices of schooling in shaping the desires, needs, and futures of today's children. Written by one of the nation's leading cultural critics, this book is important reading for anyone interested in education, society, and political culture.

Henry A. Giroux is the well-known author of many books and articles on society, education, and political culture. He is the Waterbury Chair of Education at the Pennsylvania State University and author of Channel Surfing.