The Plains Indians: Artists of Earth and Sky 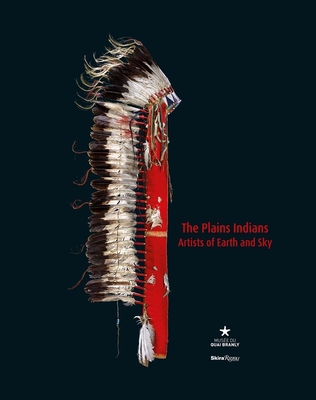 The Plains Indians: Artists of Earth and Sky

Accompanying a groundbreaking exhibition, this is the first comprehensive survey of the magnificent artistic traditions of the Plains Indians. The Plains Indians: Artists of Earth and Sky celebrates the extraordinary beauty, power, and spiritual resonance of Plains Indian art throughout time. Richly illustrated, this monumental volume includes a wealth of masterworks from European and North American collections, ranging from a 2,000-year-old Human Effigy stone pipe to a 2011 beaded adaptation of designer shoes. Works of art collected centuries ago by French traders and travelers are presented together with those acquired by Lewis and Clark on their famous expedition of 1804–6, along with objects from the early reservation era and contemporary works based in traditional forms and ideas. The distinct Plains aesthetic—intertwined with the natural world, ephemeral, and materially rich—is revealed through an array of forms and mediums: painting and drawing; sculptural works in stone, wood, antler, and shell; porcupine quill and glass bead embroidery; feather work; painted robes depicting figures and geometric shapes; and richly ornamented clothing and ceremonial objects. Many nations are represented—Osage, Quapaw, Omaha, Crow, Cheyenne, Arapaho, Lakota, Blackfeet, Pawnee, Kiowa, Comanche, Mesquakie, Kansa, and others. With newly researched texts by leading scholars, this important book charts the continuum of centuries of artistic tradition and reflects the significant place that Plains Indian culture holds in European history and in the heritage of North America.