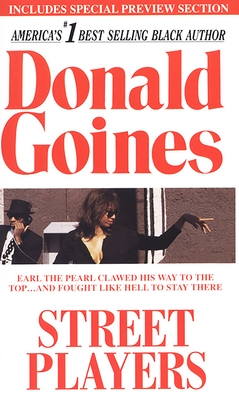 In this, his fourth novel, Goines tests the tensile strength of a ghetto spawn who clawed his way to the top and fights like hell to stay there. He's known as "Earl the Black Pearl," and he's left the homeboys behind—way behind. He's cool, sharp as an ice crystal, and it seems that no one can touch him. Until someone even higher up puts the heat on and his friends begin dropping like flies—of lead poisoning. That's when Earl fights back...and all hell breaks loose!

"He lived by the code of the streets and his books vividly recreated the street jungle and its predators." —New Jersey Voice

Donald Goines was born in Detroit, Michigan. He joined the U.S. Air Force instead of going into his family’s dry cleaning business. Following his service, he entered into a life of drug addiction and crime. He received seven prison sentences, serving a total of over six years. While he was in prison, Goines wrote his first two novels, Dopefiend: The Story of a Black Junkie and Whoreson: The Story of a Ghetto Pimp. Goines was shot to death in 1974.