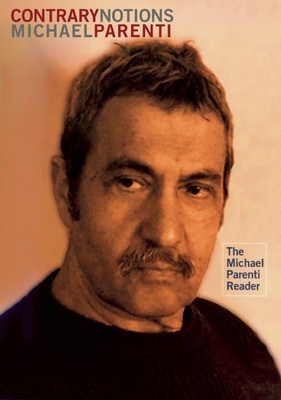 By  Michael Parenti
$ 35.00
Out of Stock In Store (Available to Order)

Internationally acclaimed, award-winning author Michael Parenti is one of America's most astute and engaging political analysts. Parenti's work has enlightened and enlivened readers for many years, covering a wide range of subjects.

Here is a rich selection of his most lucid and penetrating writings on real history, political life, empire, wealth, class power, technology, culture, ideology, media, environment, sex, and ethnicity. Also included are a few choice selections drawn from his own life experiences and political awakening. Parenti goes where few political observers dare to tread. Time and again he takes the extra step beyond the parameters of permissible opinion, and time and again he succeeds in carrying the reader with him.

The selections herein, that are reprinted from previously published works, have been revised and updated. Other offerings appear here for the very first time.

Radical in the true sense of the word, Parenti] digs at the roots which...sustain our public consciousness.--Los Angeles Times Book Review

Prominent leftist public intellectual Parenti has built a reputation for himself as a trenchant, yet engaging and accessible, critic of capitalism, imperialism, and other forms of exploitation and violence and this diverse collection of his writings will not disappoint his fans (nor, probably, convince his detractors). Over the course of the collection he takes on the corporate media, intellectual repression in academia, the stolen presidential elections of 2000 and 2004 (not that he's a fan of Al Gore or John Kerry), right wing judicial activism, free-market orthodoxies and mythologies, racism, sexism, homophobia, postmodern attacks on Marxism, the distortions of dominant history, ill-informed demonizations of the Venezuelan political process, his own life, and many other topics.--Book News, Inc.

A prolific author, a charismatic speaker, and a regular guest on radio and television talk shows, Parenti communicates his message in an accessible, provocative, and historically informed style that is unrivaled among fellow progressive activists and thinkers.--Aurora Online

Michael Parenti is a critically acclaimed author and an extraordinary public speaker. He received his Ph.D. in political science from Yale University and has taught at a number of colleges and universities, in the United States and abroad. He is the author of twenty books, including Superpariotism, The Assassination of Julius Caesar, Inventing Reality, and Democracy for the Few.

Michael Parenti, PhD Yale, is an internationally known author and lecturer. He is one of the nation's leadiing progressive political analysts. He is the author of over 250 published articles and seventeen books. His writings are published in popular periodicals, scholarly journals, and his op-ed pieces have been in leading newspapers such as the New York Times and the Los Angeles Times. His informative and entertaining books and talks have reached a wide range of audiences in North America and abroad.