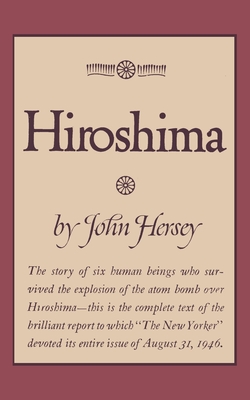 When the atomic bomb was dropped on Hiroshima, few could have anticipated its potential for devastation. Pulitzer prize-winning author John Hersey recorded the stories of Hiroshima residents shortly after the explosion and, in 1946, Hiroshima was published, giving the world first-hand accounts from people who had survived it. The words of Miss Sasaki, Dr. Fujii, Mrs. Nakamara, Father Kleinsorg, Dr. Sasaki, and the Reverend Tanimoto gave a face to the statistics that saturated the media and solicited an overwhelming public response. Whether you believe the bomb made the difference in the war or that it should never have been dropped, "Hiroshima" is a must read for all of us who live in the shadow of armed conflict.