The Fires of Home 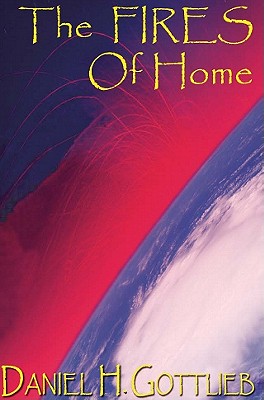 The Fires of Home

It had once been called the Tipping Point. We didn't know what it might be, but we were warned that it might be dangerous. For Winston Doe, the Tipping Point is a memory: A war called the Jazz War. Battling it to a standstill had taken two generations of soldiers. They gave their lives, and their memories to fight the Jazz War. The media says the war has been won. But how could we win over our environment if it seeks to address an imbalance? Particularly when that imbalance has altered the very nature of human existence. What weapons do we have left? Where is the battlefield? And how do we win? Winston Doe's parents were Walkers, people made homeless by the changing climate. To the Walkers, the Jazz War was nothing more than the madness of consumption-based society coming home to roost and the only future a consumptive society deserves: extinction. To Winston Doe, it is her path. Drawn into the battle, she finds betrayal, greatness, love, and virtue in a world going mad. Read this startling vision of our space in the ecosystem of our planet when our truths are washed away, and our illusions desert us. "The FIRES Of Home" reveals to you an environmental web and a sense of place that takes you to the core of human values and then guides you along a thrilling ride inside human reasoning and belief. A must read for anyone who feels our interconnection with the planet, wonders where we going as a species, and what the Tipping Point may really mean to our children. Will Pilot Nothing help?