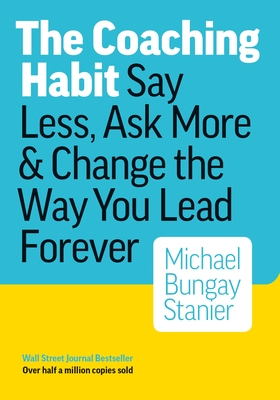 Michael Bungay Stanier is a leading coaching expert, renowned keynote speaker and the founder and senior partner of Box of Crayons, a company that helps organizations all over the world do less good work, and more great work. When he's not leading workshops that help time-crunched managers coach in 10 minutes or less, Michael shares his thought leadership (and his playful sense of humor) with others through his many writings and publications. His published books include Do More Great Work, which has sold nearly 100,000 copies, and End Malaria, a collection of essays from leading thinkers around the globe raising funds for Malaria No More (and hitting #2 on Amazon.com). He has also been featured or published in Fast Company, The Financial Times, The Globe and Mail, and has appeared on CTV's Breakfast Television. Before Box of Crayons, Michael spent time inventing products and services as part of an innovation agency, and worked as a management consultant specializing in large-scale change, writing the global vision for GlaxoSmithKline, among other things. A Rhodes Scholar at Oxford University, Michael was named the first Canadian Coach of the Year in 2006.