The Way We Are: How States of Mind Influence Our Identities, Personality and Potential for Change 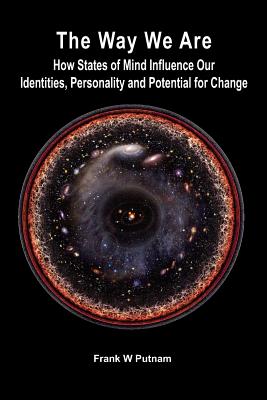 The Way We Are: How States of Mind Influence Our Identities, Personality and Potential for Change

Drawing on scientific research from diverse disciplines coupled with his ground-breaking work with dissociative states of consciousness, Dr. Frank W. Putnam describes the psychobiology of states of mind and traces their roles in normal and abnormal mental phenomena from newborns to meditating Zen monks. Challenging readers to scrutinize their own states of mind, he examines the nature and paradoxes of personality such as hypocrisy, secret lives, and religious conversion. PTSD, drugs, addictions, thrill-seeking, multiple personality disorder, peak states, epiphanies, meditation, sex, and hypnosis provide further examples of the illumination of a states-of-mind perspective on behavior and human potential. A Professor of Psychiatry at the University of North Carolina and Emeritus Professor of Pediatrics, Dr. Putnam is an author of over 200 scientific publications related to child maltreatment and maternal depression and two books on the dissociative disorders.