The Education of Uma Gallagher 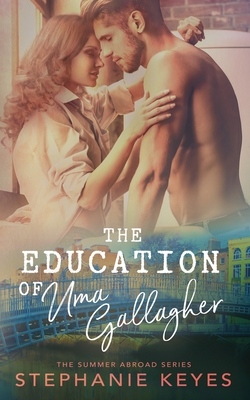 The Education of Uma Gallagher

By  Stephanie Keyes
$ 16.99
Out of Stock In Store (Available to Order)

She's the poet who has all the words. He's the man behind the music. Together they'll write their own love song.

Uma Gallagher's been trying to move on ever since Caden Hannigan left her in Dublin two years ago. She's hoping for a fresh start when a teaching opportunity from Trinity College in Ireland rolls in. Yet with her future school on Caden's former stomping grounds, she might just find a new round of old ghosts.

Pop sensation Caden Hannigan never took things too seriously--especially his music. But after he met and lost the love of his life, Uma Gallagher, the pain propelled his career. Now, Grammy-winner Caden is one song short of a completed second album, and he's got no idea what to write. Frustrated, he heads home to where it all began, to find a new muse.

The day of Uma's first class dawns and the impossible happens. Caden's in her lecture hall--in disguise When she comes face-to-face with the man her heart can't forget, she'll either find the strength to craft her goodbye or let Caden be the one to teach her a thing or two.