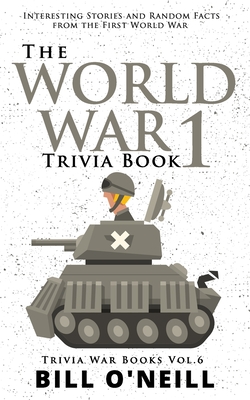 Welcome to World War I, formerly known as the "Great War," where men fought and died in trenches and did whatever they could to avoid chemical weapon attacks. You may have read a few things about World War One or remember some things from your history classes, but this book is here to help fill in the blanks. Get ready to learn all about World War One, from the ideologies and complex geo-political alliances that led to war, to how average soldiers tried to deal with life in the trenches. This book will bring to life some of the most important battles, but it will also go far beyond that to how the war ended and how it continued to linger on for many, especially those with PTSD.

Each chapter of our trivia books is broken up into fifteen short sections that will introduce you to major players, major ideas, and sometimes weird stories. Unlike your high school history teacher, we're not going to put you to sleep with the names of a million generals, or and endless line of dates, but instead we'll show you the war from a series of different perspectives and themes. To go along with the fifteen short break-downs of the war, every chapter also ends with twenty fun facts or bits of trivia, and five questions to test your knowledge on World War One.

So put on your pickelhaube, man the trenches, and get ready to learn...