The Murder on the Links: By Agatha Christie (New Edition) 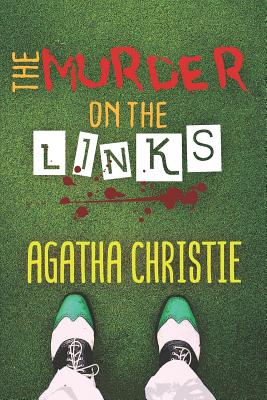 The Murder on the Links: By Agatha Christie (New Edition)

The Murder on the Links is a work of detective fiction by Agatha Christie.

The story takes place in northern France, giving Poirot a hostile competitor from the Paris S ret . Poirot's long memory for past or similar crimes proves useful in resolving the crimes. The book is notable for a subplot in which Hastings falls in love, a development "greatly desired on Agatha's part... parcelling off Hastings to wedded bliss in the Argentine."

Hercule Poirot and Captain Hastings travel to Merlinville-sur-Mer, France, to meet Paul Renauld, who has requested their help. Upon arriving at his home, the Villa Genevieve, local police greet them with news that he has been found dead that morning. Renauld had been stabbed in the back with a letter opener and left in a newly dug grave adjacent to a local golf course. His wife, Eloise Renauld, claims masked men broke into the villa at 2 am, tied her up, and took her husband away with them. Upon inspecting his body, Eloise collapses with grief at seeing her dead husband. Monsieur Giraud of the S ret leads the police investigation, and resents Poirot's involvement; Monsieur Hautet, the Examining Magistrate, is more open to sharing key information with him.

Poirot notes four key facts about the case: a piece of lead piping is found near the body; only three female servants were in the villa as both Renauld's son Jack and his chauffeur had been sent away; an unknown person visited the day before, whom Renauld urged to leave immediately; Renauld's immediate neighbour, Madame Daubreuil, had placed 200,000 francs into her bank account over recent weeks. When Renauld's secretary, Gabriel Stonor, returns from England, he suggests blackmail, as his employer's past is a complete mystery prior to his career in South America. Meanwhile, Hastings unexpectedly encounters a young woman he met before, known to him as "Cinderella", who asks to see the crime scene, and then mysteriously disappears with the murder weapon. Poirot later travels to Paris to research the case's similarities to that of a murder case from 22 years ago, which has only one difference - the killer, Georges Conneau, later confessed to the crime, in which he and his lover, Madame Beroldy, had plotted to kill her husband and claim that the murder was carried out by masked intruders; both disappeared soon afterwards.

Returning from Paris, Poirot learns that the body of an unknown man has been found, stabbed through the heart with the murder weapon. An examination shows he has the hands of a tramp, that he died before Renauld's murder from an epileptic fit, and that he was stabbed after death. Giraud arrests Jack on the basis he wanted his father's money; Jack had admitted to police he had argued with his father over wishing to marry Mme Daubreuil's daughter Marthe, whom his parents found unsuitable. Poirot reveals a flaw in Giraud's theory, as Renauld changed his will two weeks before his murder, disinheriting Jack. Soon afterwards, Jack is released from prison after Bella Duveen, an English stage performer he loves, confesses to the murder. Both had come across the body on the night of the murder, and assumed the other had killed Renauld. Poirot reveals neither did, as the real killer was Marthe Daubreuil.