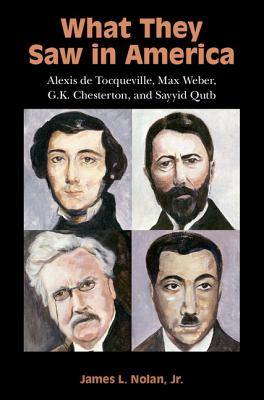 Grounded in the stories of their actual visits, What They Saw in America takes the reader through the journeys of four distinguished, yet very different foreign visitors - Alexis de Tocqueville, Max Weber, G. K. Chesterton and Sayyid Qutb - who traveled to the United States between 1830 and 1950. The comparative insights of these important outside observers (from both European and Middle Eastern countries) encourage sober reflection on a number of features of American culture that have persisted over time - individualism and conformism, the unique relationship between religion and capitalism, indifference toward nature, voluntarism, attitudes toward race, and imperialistic tendencies. Listening to these travelers' views, both the ambivalent and even the more unequivocal, can help Americans better understand themselves, more fully empathize with the values of other cultures, and more deeply comprehend how the United States is perceived from the outside.