Israel's Armor: The Israel Lobby and the First Generation of the Palestine Conflict (Cambridge Studies in Us Foreign Relations) 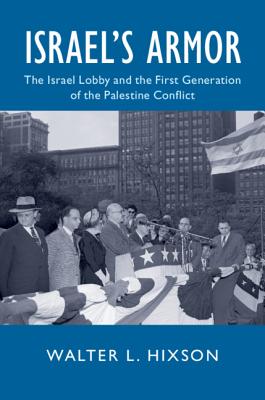 Israel's Armor: The Israel Lobby and the First Generation of the Palestine Conflict (Cambridge Studies in Us Foreign Relations)

The United States and Israel have long had a 'special relationship'. The US became the first country in the world to recognize the state of Israel in 1948, and has been an important ally and benefactor ever since. A critical component of the special relationship is the pro-Israel lobby. Although the lobby has been a controversial topic in public affairs, it has been widely understudied. Israel's Armor fills a gap in the existing literature by examining the origins and early history of the Israel lobby, looking at its influence on American foreign policy, and weaving its activities into the diplomatic history of the first generation of the Palestine conflict. Covering the period roughly from World War II to the pivotal June War, 1967, Walter L. Hixson demonstrates that the Israel lobby from the outset played a crucial role in mobilizing US support for the Zionist state.