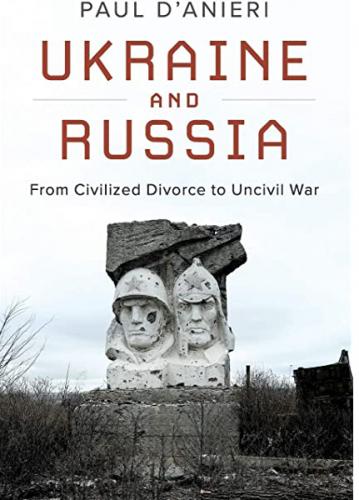 By  Paul D'Anieri
Paperback
$ 29.99
Likely On Our Shelves

D'Anieri explores the dynamics within Ukraine, between Ukraine and Russia, and between Russia and the West, that emerged with the collapse of the Soviet Union and eventually led to war in 2014. Proceeding chronologically, this book shows how Ukraine's separation from Russia in 1991, at the time called a 'civilized divorce', led to what many are now calling 'a new Cold War'. He argues that the conflict has worsened because of three underlying factors - the security dilemma, the impact of democratization on geopolitics, and the incompatible goals of a post-Cold War Europe. Rather than a peaceful situation that was squandered, D'Anieri argues that these were deep-seated pre-existing disagreements that could not be bridged, with concerning implications for the resolution of the Ukraine conflict. The book also shows how this war fits into broader patterns of contemporary international conflict and should therefore appeal to researchers working on the Russia-Ukraine conflict, Russia's relations with the West, and conflict and geopolitics more generally.