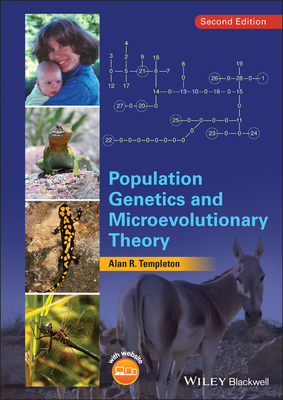 Explore the fundamentals of the biological implications of population genetic theory

In the newly revised Second Edition of Population Genetics and Microevolutionary Theory, accomplished researcher and author Alan R. Templeton delivers a fulsome discussion of population genetics with coverage of exciting new developments in the field, including new discoveries in epigenetics and genome-wide studies. The book prepares students to successfully apply population genetics analytical tools by providing a solid foundation in microevolutionary theory.

The book emphasizes that population structure forms the underlying template upon which quantitative genetics and natural selection operate and is a must-read for future population and evolutionary geneticists and those who wish to work in genetic epidemiology or conservation biology.

You'll learn about a wide array of topics, including quantitative genetics, the interactions of natural selection with other evolutionary forces, and selection in heterogeneous environments and age-structured populations. Appendices that cover genetic survey techniques and probability and statistics conclude the book.

Readers will also benefit from the inclusion of:

Perfect for graduate students in genetics and evolutionary biology programs and advanced undergraduate biology majors, Population Genetics and Microevolutionary Theory will also earn a place in the libraries of students taking courses in conservation biology, human genetics, bioinformatics, and genomics.

Alan R. Templeton, PhD, is Charles Rebstock Professor Emeritus of Biology and Statistical Genomics at Washington University in St. Louis. His research focus is on the application of molecular genetic techniques and statistical population genetics to a variety of basic and applied evolutionary problems. He is on the editorial boards of Molecular Phylogenetics and Evolution and Evolutionary Bioinformatics Online.