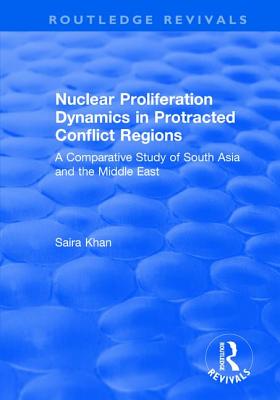 This title was first published in 2003: Using extensive case studies of the nuclear weapons programmes of India, Pakistan, Israel, Iraq, Iran, Egypt and Syria, this important work shows that a higher than normal probability of war in protracted conflict regions, prompts states to search for credible deterrents such as nuclear weapons. The book rigorously examines the factors that affect the pace of this proliferation such as regional power structures and geographical proximity, and challenges many prevailing theories on proliferation. This compelling text convincingly argues that simple conflict relationships are not sufficient for countries to go nuclear, thus providing insight into the true complexity of the issue. Explaining the similarities and differences between the nuclear policies of states in protracted conflict regions, the book commands the attention of anyone interested in nuclear proliferation and regional conflict.