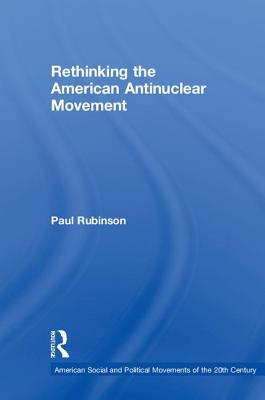 The massive movement against nuclear weapons began with the invention of the atomic bomb in 1945 and lasted throughout the Cold War. Antinuclear protesters of all sorts mobilized in defiance of the move toward nuclear defense in the wake of the Cold War. They influenced U.S. politics, resisting the mindset of nuclear deterrence and mutually-assured destruction. The movement challenged Cold War militarism and restrained leaders who wanted to rely almost exclusively on nuclear weapons for national security. Ultimately, a huge array of activists decided that nuclear weapons made the country less secure, and that, through testing and radioactive fallout, they harmed the very people they were supposed to protect.

Rethinking the American Antinuclear Movement provides a short, accessible overview of this important social and political movement, highlighting key events and figures, the strengths and weaknesses of the activists, and its lasting effects on the country. It is perfect for anyone wanting to obtain an introduction to the American antinuclear movement and the massive reach of this transnational concern.