15 Minutes: General Curtis LeMay and the Countdown to Nuclear Annihilation 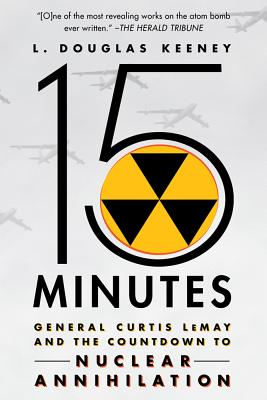 15 Minutes: General Curtis LeMay and the Countdown to Nuclear Annihilation

Packed with startling revelations, this inside look at the secret side of the Cold War exposes just how close America came to total annihilation

During the Cold War, a flight crew had 15 minutes to get their nuke-laden plane in the air from the moment Soviet bombers were detected—15 minutes between the earliest warning of an incoming nuclear strike and the first flash of an enemy warhead. This is the chilling true story of the incredibly risky steps our military took to protect us from that scenario, including:

Based on formerly classified documents, military records, press accounts, interviews and over 10 years of research, 15 Minutes is one of the most important works on the atom bomb ever written.

L. DOUGLAS KEENEY is a military historian and researcher. He is the cofounder of The Military Channel on which he hosted a series called On Target. He has since appeared on The Discovery Channel, CBS, and The Learning Channel and is the author of numerous books of military history.