Smilla's Sense of Snow: A Novel 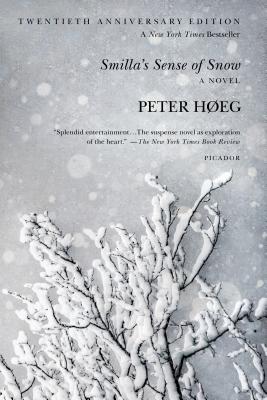 Smilla's Sense of Snow: A Novel

By  Peter Høeg , Translated by  Tiina Nunnally
Paperback
$ 22.00
Out of Stock In Store

First published in 1992, Peter Høeg's Smilla's Sense of Snow instantly became an international sensation. When caustic Smilla Jaspersen discovers that her neighbor--a neglected six-year-old boy, and possibly her only friend--has died in a tragic accident, a peculiar intuition tells her it was murder. Unpredictable to the last page, Smilla's Sense of Snow is one of the most beautifully written and original crime stories of our time, a new classic.

Peter Høeg, born in 1957 in Denmark, pursued various interests—dancer, actor, sailor, fencer, and mountaineer—before turning seriously to writing. His work has been published in 33 countries. The Quiet Girl is his fifth novel. Høeg writes prose that is both changeable and as deep-fathomed as poetry...[It] demands to be read aloud and savored.—The New Yorker on Smilla’s Sense of Snow