Revolution: The Year I Fell in Love and Went to Join the Sandinistas 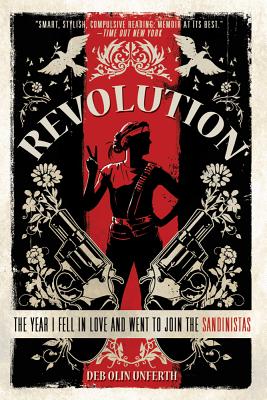 Revolution: The Year I Fell in Love and Went to Join the Sandinistas

Hailed as a "virtuosic one-woman show" (Time Out New York) this New York Times Book Review Editor's Choice pick tells the funny and poignant story of the year the author ran away from college with her idealistic boyfriend and followed him to Nicaragua to join the Sandinistas.

Despite their earnest commitment to a myriad of revolutionary causes and to each other, Deb and her boyfriend find themselves unwanted, unhelpful, and unprepared as they bop around Central America, looking for "revolution jobs." The year is 1987, a turning point in the Cold War, although the world doesn't know it yet, especially not Unferth and her fiancé (he proposes on a roadside in El Salvador). The months wear on and cracks begin to form in their relationship: they get fired, they get sick, they run out of money, they grow disillusioned with the revolution and each other. But years later the trip remains fixed in her mind and she finally goes back to Nicaragua to try to make sense of it all. Unferth's heartbreaking and hilarious memoir perfectly captures the youthful search for meaning, and is an absorbing rumination on what happens to a country and its people after the revolution is over.

Deb Olin Unferth is the author of the story collection Minor Robberies and the novel Vacation, winner of the 2009 Cabell First Novelist Award and a New York Times Book Review Critics' Choice. Her work has been featured in Harper's Magazine, McSweeney's, The Believer, and the Boston Review. She has received two Pushcart Prizes and a 2009 Creative Capital grant for Innovative Literature and was a Harper's Bazaar Editors' Choice: Name to Know in 2011. She teaches at Wesleyan University and currently lives in New York.