Do No Harm: Stories of Life, Death, and Brain Surgery 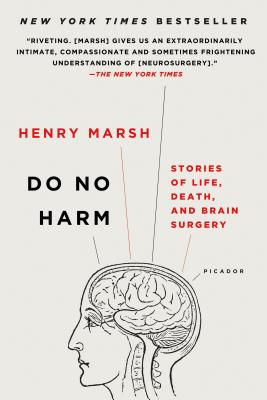 Do No Harm: Stories of Life, Death, and Brain Surgery

What is it like to be a brain surgeon? How does it feel to hold someone’s life in your hands, to cut into the stuff that creates thought, feeling and reason? How do you live with the consequences of performing a potentially lifesaving operation when it all goes wrong?

With astonishing compassion and candor, leading neurosurgeon Henry Marsh reveals the fierce joy of operating, the profoundly moving triumphs, the harrowing disasters, the haunting regrets and the moments of black humor that characterize a brain surgeon’s life. Do No Harm provides unforgettable insight into the countless human dramas that take place in a busy modern hospital. Above all, it is a lesson in the need for hope when faced with life’s most difficult decisions.

HENRY MARSH studied medicine at the Royal Free Hospital in London, became a Fellow of the Royal College of Surgeons in 1984 and was appointed Consultant Neurosurgeon at Atkinson Morley's/St George's Hospital in London in 1987. He has been the subject of two documentary films, Your Life in Their Hands, which won the Royal Television Society Gold Medal, and The English Surgeon, which won an Emmy, and is the author of the New York Times bestselling memoir Do No Harm and NBCC finalist Admissions. He was made a CBE in 2010.