Chilled to the Cone: A Bakeshop Mystery 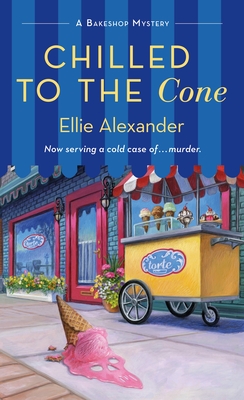 Chilled to the Cone: A Bakeshop Mystery

By  Ellie Alexander
Mass Market
$ 8.99
Out of Stock In Store

Pastry chef and amateur sleuth Juliet Capshaw finds herself on thin ice as she attempts to solve her latest case of small-town murder in Ellie Alexander's Chilled to the Cone: A Bakeshop Mystery.

The deep freeze has thawed in Ashland, Oregon and Torte is gearing up for a busy spring. When a surprise opportunity to launch a pop-up ice cream shop comes her way, Jules jumps at the chance to showcase Tortes signature iced drinks and cold custards. But selling the desserts of her dreams comes at a price. . .and, before she knows it, Juless life swirls into a nightmare. One of the towns most colorful characters, a street performer known for wearing capes and a cone-shaped hat, turns up dead just as Torte 2.0 is set to open its doors. Can Jules get the scoop on what happened to The Wizard of Ashland before her new business venture reaches a chilling conclusion?


The Bakeshop Mysteries are: