Scorpions' Dance: The President, the Spymaster, and Watergate 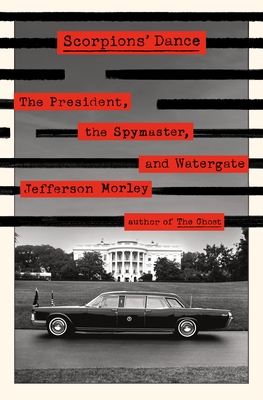 Scorpions' Dance: The President, the Spymaster, and Watergate

For the 50th anniversary of the Watergate break-in: The untold story of President Richard Nixon, CIA Director Richard Helms, and their volatile shared secrets that ended a presidency.

Nixon and Helms went back decades; both were 1950s Cold Warriors, and both knew secrets about the disastrous Bay of Pigs invasion of Cuba as well as off-the-books American government and CIA plots to remove Fidel Castro and other leaders in Latin America. Both had enough information on each other to ruin their careers.

After the Watergate burglary on June 17, 1972, Nixon was desperate to shut down the FBI's investigation. He sought Helms' support and asked that the CIA intervene—knowing that most of the Watergate burglars were retired CIA agents, contractors, or long-term assets with deep knowledge of the Agency's most sensitive secrets. The two now circled each other like scorpions, defending themselves with the threat of lethal attack. The loser would resign his office in disgrace; the winner, however, would face consequences for the secrets he had kept.

Rigorously researched and dramatically told, Scorpions' Dance uses long-neglected evidence to reveal a new perspective on one of America's most notorious presidential scandals.

JEFFERSON MORLEY is a journalist and editor who has worked in Washington journalism for over thirty years, fifteen of which were spent as an editor and reporter at The Washington Post. The author of Our Man in Mexico, a biography of the CIA’s Mexico City station chief Winston Scott, Morley has written about intelligence, military, and political subjects for Salon, The Atlantic, and The Intercept, among others. He is the editor of JFK Facts, a blog. He lives in Washington, DC.