A Neon Darkness (The Bright Sessions #2) 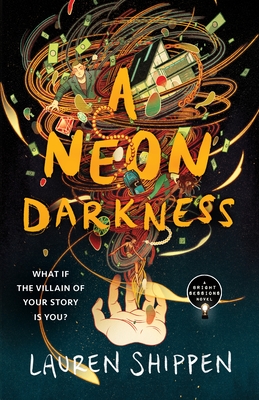 A Neon Darkness (The Bright Sessions #2)

By  Lauren Shippen
Paperback
$ 11.99
Out of Stock In Store (Available to Order)

A Neon Darkness, the second Bright Sessions novel from creator Lauren Shippen, features villain Damien, who can make anyone want what he wants.

Robert Gorham always gets what he wants. But the power of persuasion is as potent a blessing as it is a curse.

Robert is alone until a group of strangers who can do impossible things—produce flames without flint, conduct electricity with their hands, and see visions of the past—welcome him. They call themselves Unusuals and they give Robert a new name too: DAMIEN.

Finally, finally he belongs. As long as he can keep his power under control.

But control is a sacrifice he might not be willing to make.

LAUREN SHIPPEN, author of The Infinite Noise, is a writer best known for her work in fiction podcasts. She is the creator and sole writer of the popular audio drama, The Bright Sessions. She went on to executive produce The AM Archives and co-produce Passenger List before founding Atypical Artists, a company dedicated to audio storytelling. She wrote MARVELS, an audio adaptation of the popular comic, released in 2019 by Marvel and Stitcher. Lauren was named one of Forbes's 2018 30 Under 30 in Media and one of MovieMaker Magazine's and Austin Film Festival’s 25 Screenwriters to Watch. She was born in New York City and grew up in Bronxville, New York. She currently lives in Los Angeles but travels frequently to New York.