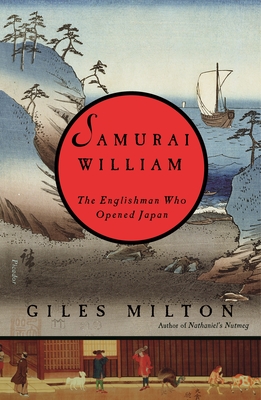 An eye-opening account of the first encounter between England and Japan, by the acclaimed author of Nathaniel's Nutmeg.

In 1611, the merchants of London's East India Company received a mysterious letter from Japan, written several years previously by a marooned English mariner named William Adams. Foreigners had been denied access to Japan for centuries, yet Adams had been living in this unknown land for years. He had risen to the highest levels in the ruling shogun's court, taken a Japanese name, and was now offering his services as adviser and interpreter.

Seven adventurers were sent to Japan with orders to find and befriend Adams, in the belief that he held the key to exploiting the opulent riches of this forbidden land. Their arrival was to prove a momentous event in the history of Japan and the shogun suddenly found himself facing a stark choice: to expel the foreigners and continue with his policy of isolation, or to open his country to the world. For more than a decade the English, helped by Adams, were to attempt trade with the shogun, but confounded by a culture so different from their own, and hounded by scheming Jesuit monks and fearsome Dutch assassins, they found themselves in a desperate battle for their lives.

Giles Milton's Samurai William is the fascinating story of a clash of two cultures, and of the enormous impact one Westerner had on the opening of the East.

Giles Milton is the internationally bestselling author of a dozen works of narrative history, including Soldier, Sailor, Frogman, Spy, Airman, Gangster, Kill or Die: How the Allies Won on D-Day. His previous work, Churchill’s Ministry of Ungentlemanly Warfare, is currently being developed into a major TV series. Milton’s works—published in twenty-five languages—include Nathaniel’s Nutmeg, serialized by the BBC. He lives in London and Burgundy.