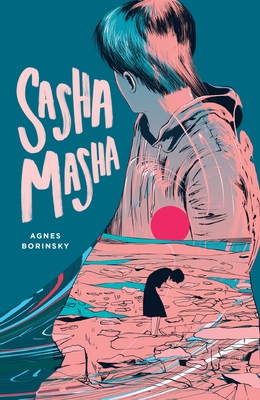 By  Agnes Borinsky
Paperback
$ 9.99
Out of Stock In Store (Available to Order)

Alex feels like he is in the wrong body. His skin feels strange against his bones. And then comes Tracy, who thinks he's adorably awkward, who wants to kiss him, who makes him feel like a Real Boy. But it is not quite enough. Something is missing.

As Alex grapples with his identity, he finds himself trying on dresses and swiping on lipstick in the quiet of his bedroom. He meets Andre, a gay boy who is beautiful and unafraid to be who he is. Slowly, Alex begins to realize: maybe his name isn't Alex at all. Maybe it's Sasha Masha.

Agnes Borinsky is a writer from Baltimore, now living in Los Angeles. She mostly writes essays and plays, and has collaborated on all sorts of projects in basements, backyards, gardens, circus tents, classrooms, bars, and theaters. Sasha Masha is her first novel.