The Faces: A Novel 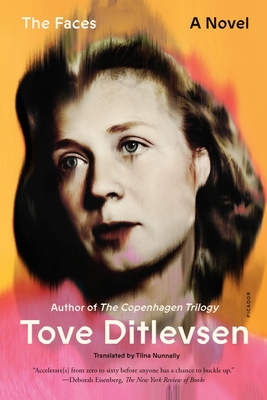 The Faces: A Novel

By  Tove Ditlevsen , Translated by  Tiina Nunnally
$ 16.00
Likely On Our Shelves

From Tove Ditlevsen, the acclaimed author of the Copenhagen Trilogy, comes The Faces, a searing, haunting novel of a woman on the edge, portrayed with all the vividness of lived experience.

Copenhagen, 1968. Lise, a children’s book writer and married mother of three, is increasingly haunted by disembodied faces and voices. She is convinced that her husband, already extravagantly unfaithful, will leave her. Most of all, she is scared that she will never write again.

Yet as she descends into a world of pills and hospitals, she begins to wonder—is insanity really something to be feared, or does it bring a kind of freedom?