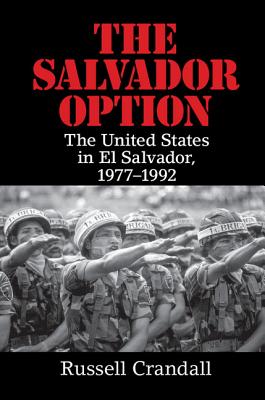 By  Russell Crandall
Paperback
$ 39.99
Out of Stock In Store (Available to Order)

El Salvador's civil war between the Salvadoran government and Marxist guerrillas erupted into full force in early 1981 and endured for eleven bloody years. Unwilling to tolerate an advance of Soviet and Cuban-backed communism in its geopolitical backyard, the US provided over six billion dollars in military and economic aid to the Salvadoran government. El Salvador was a deeply controversial issue in American society and divided Congress and the public into left and right. Relying on thousands of archival documents as well as interviews with participants on both sides of the war, The Salvador Option offers a thorough and fair-minded interpretation of the available evidence. If success is defined narrowly, there is little question that the Salvador Option achieved its Cold War strategic objectives of checking communism. Much more difficult, however, is to determine what human price this 'success' entailed - a toll suffered almost entirely by Salvadorans in this brutal civil war.