Looking for an Enemy: 8 Essays on Antisemitism 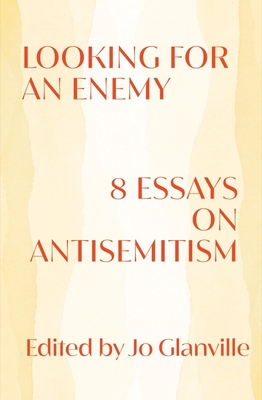 Looking for an Enemy: 8 Essays on Antisemitism

Great Jewish thinkers offer salient historical commentary on the roots of antisemitism and its contemporary resurgence.

From medieval accusations that Jews murder Christians for their blood to the far-right conspiracy theories animating present-day political discourse, it’s clear that the belief that Jews are plotting against society never dies—it just adapts to suit the times. In eight illuminating essays from brilliant Jewish writers and thinkers, Looking for an Enemy offers an urgent, profound take on the experience of antisemitism and its historical context.

In order to present a nuanced, global understanding of antisemitism, editor Jo Glanville solicited essays from writers across a wide spectrum of ages, political ideologies, and nationalities. American rabbi Jill Jacobs and respected Israeli historian Tom Segev explore the thorny question of antisemitism in politics. British journalist Daniel Trilling investigates how antisemitism drives far-right extremism, while author Philip Spencer rethinks the forms that antisemitism takes on the left. Polish writer Mikolaj Grynberg reflects on a childhood shadowed by the trauma of the Holocaust; journalist Natasha Lehrer and novelist Olga Grjasnowa explore the culture of antisemitism, and the forces behind it, in France and Germany. In her own contribution, Glanville searches for the historical roots of this dangerous hatred.

In moving memoir, rich history, and incisive political commentary, these essays navigate the complex differences in each country’s relationship to its Jewish citizens and reveal the contemporary face of antisemitism. Eye-opening and evocative, Looking for an Enemy explores how an irrational belief can still flourish in a supposedly rational age.

Jo Glanville is a journalist and award-winning editor. Her work has appeared in the Guardian, the London Review of Books, the New York Times, Jewish Quarterly, and the Financial Times, among other publications. She lives in London.