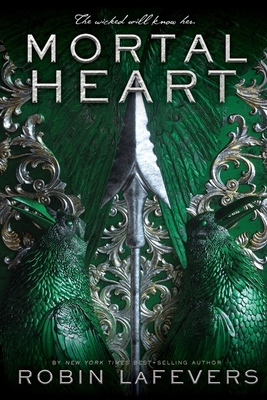 By  Robin LaFevers
Paperback
$ 10.99
Out of Stock In Store

"LaFevers again mesmerizes her readers through the political struggles of 15th century Brittany and the intrigues of the followers of Mortain."—School Library Journal, starred review

In fifteenth-century Brittany, the sisters of the convent of St. Mortain are trained assassins, now mobilizing to protect the French duchess from the rumblings of war. Newest among their ranks is Annith, but she’s escaped the convent to seek her own destiny with the god of Death. When Annith meets a mysterious knight at court, she can’t tell if he is friend or foe, and she must make a desperate choice....

Don't miss this final chapter to the critically acclaimed His Fair Assassin series that takes reader’s deep into the wicked world of corrupt politics, dangerous love, and hard-won vengeance.

Robin LaFevers, author of the New York Times best-selling His Fair Assassin books, was raised on fairy tales, Bulfinch’s mythology, and nineteenth-century poetry. It is not surprising that she grew up to be a hopeless romantic. She was lucky enough to find her one true love, and is living happily ever after with him in California. Visit her online at robinlafevers.com and on Twitter @RLLaFevers.