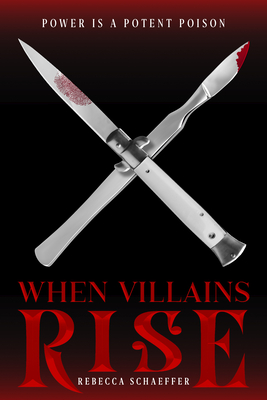 By  Rebecca Schaeffer
Hardcover
$ 17.99
Out of Stock In Store

Nita finally has Fabricio, the boy who betrayed her to the black market, within her grasp. But when proof that Kovit’s a zannie—a monster who eats pain in order to survive—is leaked to the world, Nita must reevalute her plans.

With enemies closing in on all sides, the only way out is for Nita and Kovit to take on the most dangerous man in the world: Fabricio’s father. He protects the secrets of the monsters who run the black market. Stealing those secrets could be the one thing that stands between Nita and Kovit and certain death in the thrilling conclusion to the trilogy that began with the critically acclaimed Not Even Bones.

Rebecca Schaeffer is the critically acclaimed author of Not Even Bones, Only Ashes Remain, and When Villains Rise. The Webtoon adaptation of the trilogy has garnered over a hundred million reads and nearly 2 million subscribers. Her next book, City of Nightmares, comes out in 2023.