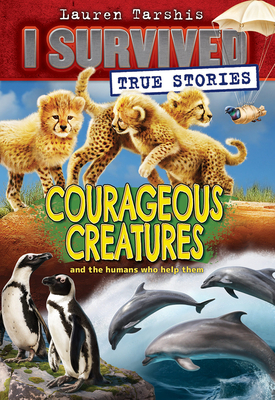 Lauren Tarshis's New York Times bestselling I Survived series tells tales of brave kids facing horrifying events. Now, she tells the true stories of several animals who faced indescribable horrors of their own- and, against all odds, survived.

From a carrier pigeon in World War I to two dolphins who were left for dead, Animal Survivors tells the harrowing tales of animal heroes and the soldiers, scientists, and other humans whose lives they affected. Each narrative nonfiction story is packed with photos, maps, lists of fun facts, and more!

• A former circus elephant who found a new life

• Nica and Blue Fields, dolphins who survived capture and became movie stars in the process

This fourth book in the I Survived True Stories series is perfect for fans of the I Survived chapter books or anyone who loves stories about animals beating the odds. It's a great choice for reading alongside I Survived the Battle of D-Day, 1944, which features a carrier pigeon character.