Hunger, Poetry and the Oxford Movement: The Tractarian Social Vision 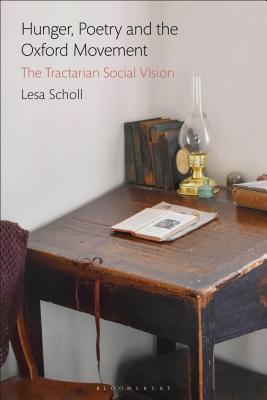 Hunger, Poetry and the Oxford Movement: The Tractarian Social Vision

Focusing on the influence of the Oxford Movement on key British poets of the nineteenth-century, this book charts their ruminations on the nature of hunger, poverty and economic injustice. Exploring the works of Christina Rossetti, Coventry Patmore, Gerard Manley Hopkins, Adelaide Anne Procter, Alice Meynell and Alfred, Lord Tennyson, Lesa Scholl examines the extent to which these poets - not all of whom were Anglo-Catholics themselves - engaged with the Tractarian social vision when grappling with issues of poverty and economic injustice in and beyond their poetic works. By engaging with economic and cultural history, as well as the sensorial materiality of poetry, Hunger, Poetry and the Oxford Movement challenges the assumption that High-Church politics were essentially conservative and removed from the social crises of the Victorian period.

Lesa Scholl is Head of Kathleen Lumley College, University of Adelaide, Australia. Her previous publications include Translation, Authorship and the Victorian Professional Woman (2011) and Hunger Movements in Early Victorian Literature (2016).