The Wars of Nagorno Karabagh - Stage and Backstage 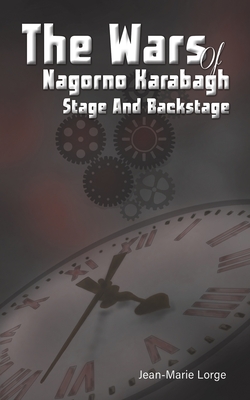 The Wars of Nagorno Karabagh - Stage and Backstage

At the end of September 2020, the Azerbaijani army launched a sudden and massive assault against the Armenian enclave of Nagorno Karabagh.
Over six weeks, the Azerbaijani army (fully supported by Turkey) and the Armenian armies (from the Republic of Armenia and Nagorno Karabagh) violently clashed amidst artillery fire, deadly drone ballets and tanks attacks... In early November 2020, the Armenians were defeated. The world then suddenly remembered that the Caucasus is as complicated as it is explosive.
The Wars of Nagorno Karabagh - Stage and Backstage is intended to help better understand this crisis - its historical background, implications and pitfalls (first prize in the last category would go to the regional political map redrawn by Stalin) as well as the geopolitical interests of Russia, Iran, and Israel... Particular attention is given to the new game played by Turkey which is now spurred on by the ambition of again becoming, at all costs, a member of the club of world powers.