A Dream Too Big: The Story of an Improbable Journey from Compton to Oxford 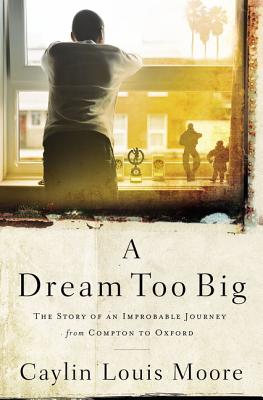 A Dream Too Big: The Story of an Improbable Journey from Compton to Oxford

In this inspiring and provocative memoir about a young black man, Caylin Moore tells the against-all-odds story of his rise from racial injustice and cruel poverty in gang-ridden Los Angeles to academic success at the University of Oxford, with hope as his compass.

A Dream to Big is for readers who want to ...

When Caylin Louis Moore was a young child, his mother gathered her three young children and fled an abusive husband, landing in poverty in a heavily policed, gang-ridden community. When Moore's father was convicted of murder and his mother was sexually assaulted in the hospital while recovering from open-heart surgery, Moore was forced to enter adulthood prematurely. His hope was fueled by embracing his mother's steely faith in God and in education. Moore skirted the gangs, the police, and the violence endemic to Compton to excel as a student-athlete, eventually reaching the pinnacles of academic achievement as a Rhodes Scholar. Moore's eye-opening, against-all-odds story reveals that there is no such thing as a dream too big.