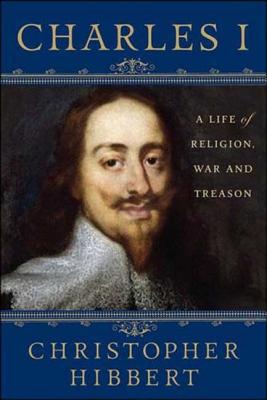 By  Christopher Hibbert , Foreword by  David Starkey
$ 22.99
Out of Stock In Store

When Charles Stuart was a young child, it seemed unlikely that he would survive, let alone become ruler of England and Scotland. Once shy and retiring, an awkward stutterer, he grew in stature and confidence under the guidance of the Duke of Buckingham; his marriage to Henrietta of Spain, originally planned to end the conflict between the two nations, became, after rocky beginnings, a true love match. Charles I is best remembered for having started the English Civil War in 1642 which led to his execution for treason, the end of the monarchy, and the establishment of a commonwealth until monarchy was restored in 1660. Hibbert's masterful biography re-creates the world of Charles I, his court, artistic patronage, and family life, while tracing the course of events that led to his execution for treason in 1649.

Christopher Hibbert (1924-2008), "a pearl of biographers" (New Statesman), is a Fellow of the Royal Society of Literature and the author of Disraeli (St. Martin's Press), The Rise and Fall of the House of Medici, The English: A Social History, and Cavaliers and Roundheads. He lived in Oxfordshire, England.