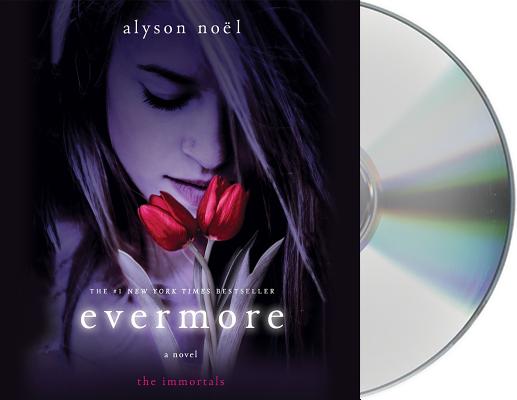 After a horrible accident claimed the lives of her family, sixteen-year-old Ever Bloom can see people's auras, hear their thoughts, and know someone's entire life story by touching them. Going out of her way to avoid human contact and suppress her abilities, she has been branded a freak at her new high school—but everything changes when she meets Damen Auguste.

Damen is gorgeous, exotic and wealthy. He's the only one who can silence the noise and random energy in her head—wielding a magic so intense, it's as though he can peer straight into her soul. As Ever is drawn deeper into his enticing world of secrets and mystery, she's left with more questions than answers. And she has no idea just who he really is—or what he is. The only thing she knows to be true is that she's falling deeply and helplessly in love with him.

Alyson Noël is the #1 New York Times bestselling, award-winning author of Faking 19, Art Geeks and Prom Queens, Laguna Cove, Fly Me to the Moon, Kiss & Blog, Saving Zoë, Cruel Summer, and the Immortals series including Evermore, Blue Moon, Shadowland, Dark Flame, and Night Star, as well as the Immortals spin-off series beginning with Radiance. With over 2 million copies in print in the US alone, her books have been published in 35 countries and have won awards including the National Reader's Choice Award, NYLA Book of Winter Award, NYPL Stuff for the Teenage, TeenReads Best Books of 2007, and Reviewer's Choice 2007 Top Ten, and have been chosen for the CBS Early Show's "Give the Gift of Reading" segment, and selected for Seventeen Magazine's "Hot List" and Beach Book Club Pick. She lives in Laguna Beach, California.

Katie Schorr's audiobook credits include narrating the novels in Alyson Noel's bestselling Immortals series – Evermore, Blue Moon, Shadowland, and Dark Flame.  Of her work on the series, AudioFile magazine has said, "Narrator Katie Schorr has a wonderfully raspy, youthful voice, which she puts to good effect on the cast of teenaged characters."Schorr’s one-woman show, Take Me. Seriously., ran for six months at The Upright Citizens Brigade Theater, and she performs throughout New York in new works at The Ensemble Studio Theater and Ars Nova, among other theaters.  She has appeared on VH1's Best Week Ever and co-stars in the web series Head in the Oven with Saturday Night Live actor Bill Hader. She is the co-creator of Yoga Partners: A Web Series.