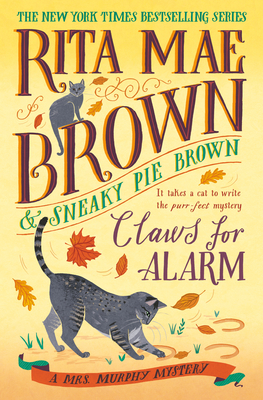 Death stalks the Blue Ridge Mountains once again and Mary Minor Harry Harristeen, along with her beloved cats, is on the case.

Rita Mae Brown and Sneaky Pie Brown, a tiger cat rescued from the local SPCA, have collaborated on twenty-eight Mrs. Murphy mysteries, and they are involved in many local events to raise money for animal shelters. Rita Mae also writes the Sister Jane Arnold Outfoxed series and the Mags Rogers series, and has authored the memoir Animal Magnetism. She and Sneaky Pie live with many other rescued animals.