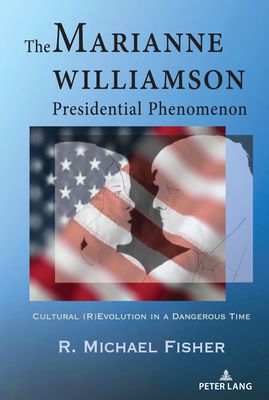 The most important national election in U.S. history is underway. Marianne Williamson stepped-up to show she is confident to be president of the United States in 2020. She had to step down. Many people are supportive of her provocative healing vision for America, and that fan and voter-base is growing. She may run again in 2024. However, many are puzzled by her and many are critics on the Left and Right and in between. The book is a thorough case study of Williamson's speeches, writings, and interviews. It documents and analyzes the thoughts and feelings of her supporters and critics based on what they have written, performed, and published. It records history while it is being made. The author offers support and criticism of how Williamson's leadership and her team could have done things different so as to be more successful in the presidential campaign. The big idea throughout the book is to emphasize, as does Williamson's teaching, that spirituality and politics ought never be separated completely (as religion and the State), if we truly desire more than mere reforms of society, but desire a transformation to a truly better and more liberated world. The book highlights productive guideposts for Williamson and other leaders like Williamson in future campaigns. It offers Americans, and others, a view of what happened in 2019-20 that made Williamson an outstanding phenomenon. Students, scholars, journalists, politicians, and the general public interested in the improvement of politics will want to study this book.

R. Michael Fisher, Ph.D. is an artist-educator, philosopher, and fearologist, currently on faculty at the Werklund School of Education, University of Calgary. He specializes in holistic human development. His major tome is The World's Fearlessness Teachings: A Critical Integral Approach to Fear Management/Education for the 21st Century.