Henry VII and the Tudor Pretenders: Simnel, Warbeck, and Warwick 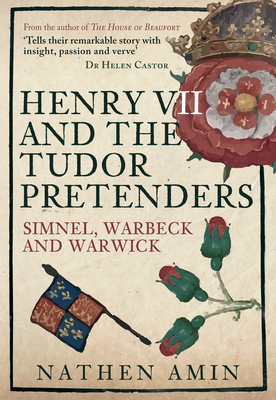 Henry VII and the Tudor Pretenders: Simnel, Warbeck, and Warwick

On 22 August 1485, Henry Tudor emerged from the Battle of Bosworth victorious, his disparate army vanquishing the forces of Richard III. Yet, all was not well early in the Tudor reign. Despite later attempts to portray Henry VII as single-handedly uniting a war-torn England after three decades of conflict, the kingdom was anything but settled. Nor could it be after a tumultuous two-year period that had witnessed the untimely death of one king, the mysterious disappearance of another, and the brutal slaughter of a third on the battlefield. For the first time in one compelling and comprehensive account, Nathen Amin looks at the myriad of shadowy conspiracies and murky plots which sought to depose the Tudor usurper early in his reign, with particular emphasis on the three pretenders whose causes were fervently advanced by Yorkist dissidents—Lambert Simnel, Perkin Warbeck, and Edward, Earl of Warwick.

Nathen Amin is the author of The House of Beaufort and Tudor Wales.