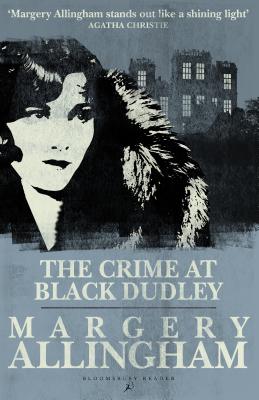 By  Margery Allingham
Paperback
$ 16.00
Out of Stock In Store

George Abbershaw is set for a social weekend at Black Dudley manor, hosted by Wyatt Petrie and his elderly uncle Colonel Combe, who enjoys the company of Bright Young Things. With Meggie Oliphant in attendance, George looks forward to the chance of getting closer to the girl he's set his heart on. But when murder spoils the party, the group soon find out that not only is there a killer in their midst, but the house is also under the control of notorious criminals. Trapped and at their mercy, George must find a way to thwart their diabolical plans while getting himself and Meggie out alive.

Luckily for Abbershaw, among the guests is Albert Campion--a garrulous and affable party-crasher with a great knack for solving mysteries and interrogating suspects.

The Crime at Black Dudley, first published in 1929, is the first novel to introduce Margery Allingham's amiable and much loved sleuth--Albert Campion.