Tapping the Source: A Novel 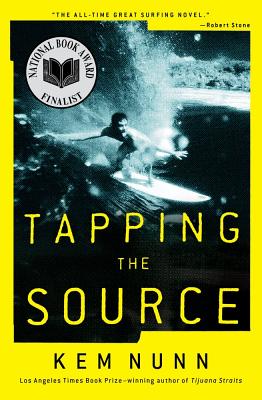 Tapping the Source: A Novel

Kem Nunn’s “surf noir” classic is a thrilling plunge into the seedy underbelly of a Southern California beach town—the inspiration for the film Point Break.

People go to Huntington Beach in search of the endless parties, the ultimate highs, and the perfect waves. Ike Tucker has come to look for his missing sister and for the three men who may have murdered her. In that place of gilded surfers and sun-bleached blonds, Ike’s search takes him on a journey through a twisted world of crazed Vietnam vets, sadistic surfers, drug dealers, and mysterious seducers. He looks into the shadows and finds parties that drift toward pointless violence, joyless vacations, and highs you may never come down from...and a sea of old hatreds and dreams gone bad. And if he’s not careful, his is a journey from which he will never return.

Kem Nunn is a third-generation Californian whose previous novels include The Dogs of Winter, Pomona Queen, Unassigned Territory, and Tapping the Source, which was made in to the film Point Break. Tijuana Straits won the Los Angeles Times Book Award. He lives in Southern California, where he also writes screenplays for television and film.