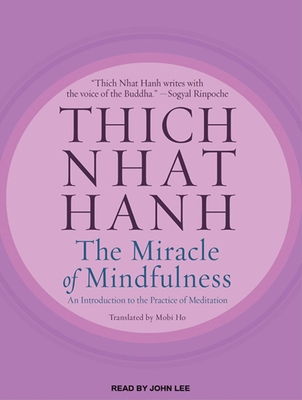 In this beautiful and lucid guide, Zen master Thich Nhat Hanh offers gentle anecdotes and practical exercises as a means of learning the skills of mindfulness-being awake and fully aware. From washing the dishes to answering the phone to peeling an orange, he reminds us that each moment holds within it an opportunity to work toward greater self-understanding and peacefulness.

Thich Nhat Hanh, a Buddhist monk, is the master of a temple in Vietnam, the lineage of which is traceable across two centuries to the Buddha himself.