Nothing Will Be Different: A Memoir 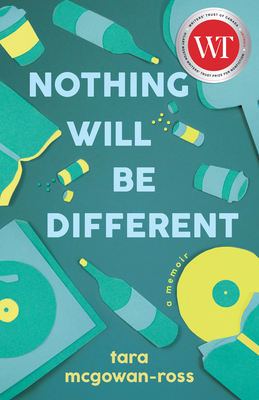 Nothing Will Be Different: A Memoir

A neurotic party girl's coming-of-age memoir about learning to live before getting ready to die.

Tara has it pretty good: a nice job, a writing career, a forgiving boyfriend. She should be happy. Yet Tara can't stay sober. She's terrible at monogamy. Even her psychiatrist grows sick of her and stops returning her calls. She spends most of her time putting out social fires, barely pulling things off, and feeling sick and tired.

Then, in the autumn following her twenty-seventh birthday, an abnormal lump discovered in her left breast serves as the catalyst for a journey of rigorous self-questioning. Waiting on a diagnosis, she begins an intellectual assessment of her life, desperate to justify a short existence full of dumb choices. Armed with her philosophy degree and angry determination, she attacks each issue in her life as the days creep by and winds up writing a searingly honest memoir about learning to live before getting ready to die.

Tara McGowan-Ross is an urban Mi'kmaw multidisciplinary artist and writer. She is the host of Drawn & Quarterly's Indigenous Literatures Book Club, a critic of experimental and independent Montreal theatre, and an editor for Insomniac Press. She is the author of Girth and Scorpion Season. Tara lives in Montreal.