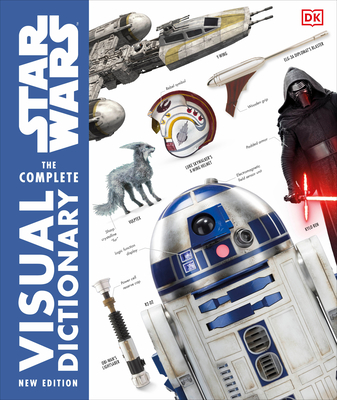 By  Pablo Hidalgo , David Reynolds
Hardcover
$ 40.00
Out of Stock In Store (Available to Order)

Pablo Hidalgo has been writing professionally about Star Wars since 1995. In 2000, he joined Lucasfilm to become a full-time Star Wars authority, first as a StarWars.com writer, and now as a creative executive in story development. He has written or co-written several authoritative Star Wars reference books, including Star Wars: Year by Year and Star Wars: The Essential Reader's Companion, as well as guidebooks to other brands such as Hasbro's G.I. Joe and Transformers. He lives in San Francisco.

James Luceno is the best-selling author of Dark Lord: The Rise of Darth Vader and three Star Wars: The New Jedi Order novels, among many others.

Ryder Windham is the author of more than 60 Star Wars titles, including Star Wars Blueprints: The Ultimate Collection and the New York Times-bestseller Star Wars: The Ultimate Visual Guide. An occasional freelance cartoonist and storyboard artist, he is also an instructor and the Certificate Program Advisor for Comics and Sequential Art at Rhode Island School of Design Continuing Education.

Jason Fry is the author of The Jupiter Pirates young-adult space-fantasy series and has written or co-written more than 30 novels, short stories, and other works set in the galaxy far, far away, including The Essential Atlas and the Servants of the Empire quartet. He lives in Brooklyn, New York, with his wife, son and about a metric ton of Star Wars stuff.