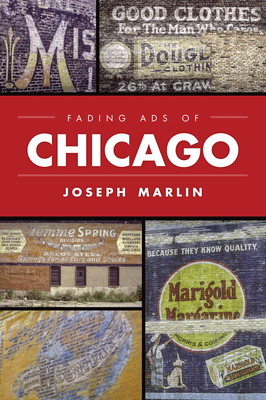 By  Joseph Marlin
Paperback
$ 24.99
Out of Stock In Store

Like the Cheshire Cat, much of Chicago's history fades away while perched in plain sight.

For more than a century, the brick walls of the city served as a ready canvas for advertisements that married artistic experimentation and commercial endeavor. Intrepid painters planted signs for horseshoers and Hamlin's Wizard Oil in places where they would outlast the way of life they represented. Since author Joseph Marlin began documenting the city's advertisements more than thirty years ago, many of them have completely vanished beneath the onslaught of blizzard and bulldozer. From national brands to mom-and-pop shops, his collection offers the last glimpse of a bygone era.