Boston's Long Wharf: A Path to the Sea (Landmarks) 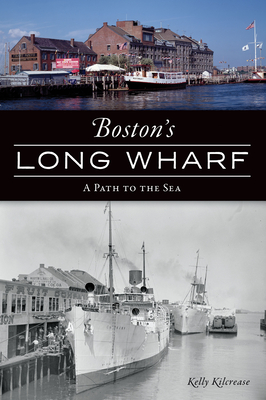 Boston's Long Wharf: A Path to the Sea (Landmarks)

By  Kelly Kilcrease
Paperback
$ 21.99
On Our Shelves Now

One of America's oldest existing structures, Long Wharf encapsulates the most important events in Boston's history. Created in 1711 and spanning almost a half mile in length, it initially served as a defense for the town of Boston and a place for local merchants to sell and ship their cargo. Multitudes of different merchants had stores there over the decades, and these products changed as the city evolved. From rum, spices, flour, molasses and tea to fishing, immigration and tourism, the Wharf has always reflected the city it served. Long Wharf also had a darker side, with theft, drownings and slavery. Author and historian Kelly Kilcrease reveals how the Wharf was built, how it played a prominent role during the American Revolution and how it evolved into the landmark we know today.